Summary: Good news for Indian gamers! Battlegrounds Mobile India launch party event will start today (Thursday) and run till July 9. A total of 18 pro teams will participate in this gaming event. These pro teams will be led by renowned gamers like Dynamo, Mortal, K18, and Godnixon.

The launch party event will offer a total prize pool of Rs 6 lakh, which will likely be distributed across winners, runners-up, and individual awardees such as tournament and match-wise MVPs too.

BGMI Launch Party tournament is the first major event for the game and this is why Krafton will be live streaming the event via the official Battlegrounds Mobile India Facebook and YouTube channels. The event live stream begins on July 8 at 13:45 PM.

The company has also revealed that the tournament will be streamed with both Hindi and English commentary. The Hindi commentary will be handled by Ocean Sharma and Thug (Animesh Agarwal), while the English commentators for the matches will be Experiment (Angad Singh Chahal), Icybaby12 (Terence Yong), Fyxs (Amrit Gourav).

The most spectacular Launch Party of 2021 is here!

The event live stream will begin at 13:45 PM on July 8. You can also catch the stream live from the embedded link below.

BGMI Launch Party: Time and Dates: Battlegrounds Mobile India was launched in India on July 2. It has been specially designed and launched for Indian gamers after the PUBG ban. The game’s early access went live on June 17 and Android users have been enjoying the game ever since. Within a week of its launch, it has got more than 10 million downloads on Google Play Stor

The Launch Party is scheduled from 8th to 9th July. Check out the match timings below.

The Streamers Battle hosted by Krafton has a whopping prize pool of Rs. 6,00,000. The winner of the tournament will take away 3.3 Lakh, while second & third-place finish offers 1.5 Lakh & 1 Lakh respectively. Furthermore, scoring a Chicken Dinner in the Special Pan Fight matches at the end of both days will offer the teams 10k for the win.

As we mentioned before, the tournament will consist of 8 matches that will be played on Erangel, Miramar, and Vikendi maps. Here’s the point distribution of the tournament.

Krafton will be making the BGMI Launch Party tournament available for livestream on the Battlegrpunds Mobile India Facebook and YouTube channels. Here’s how to watch it live.

Here are the overall standings after three matches. 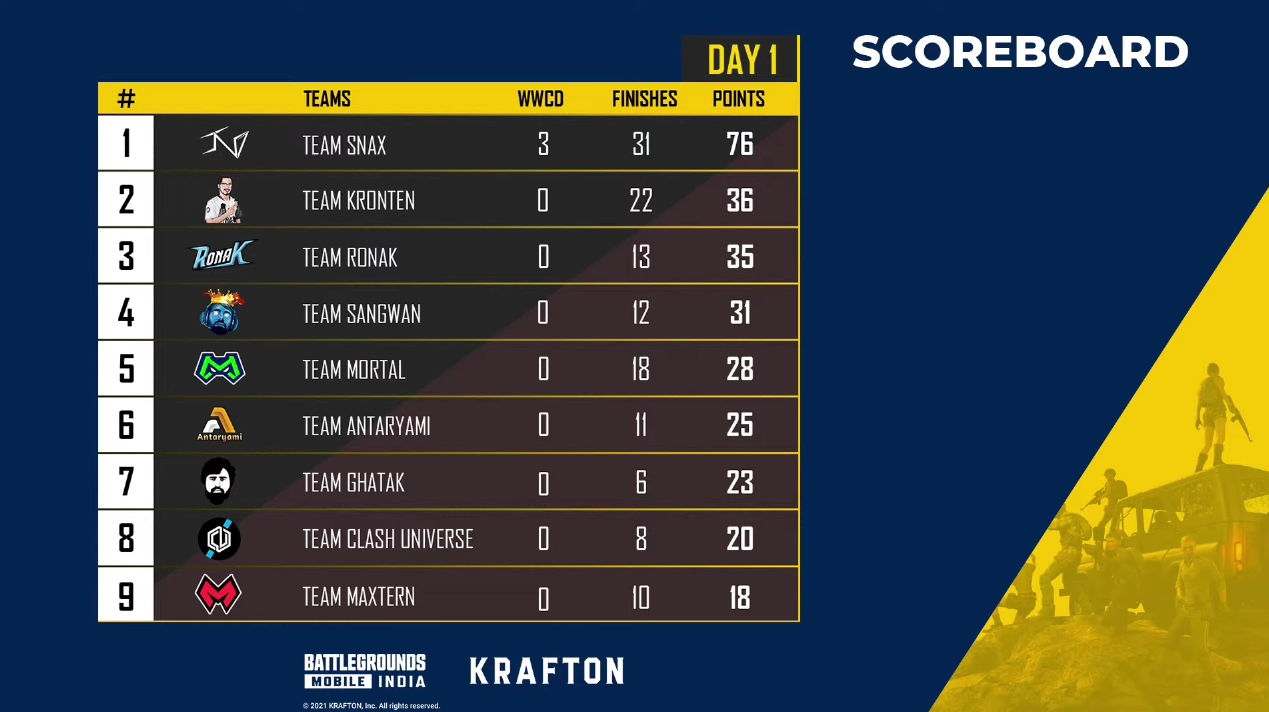 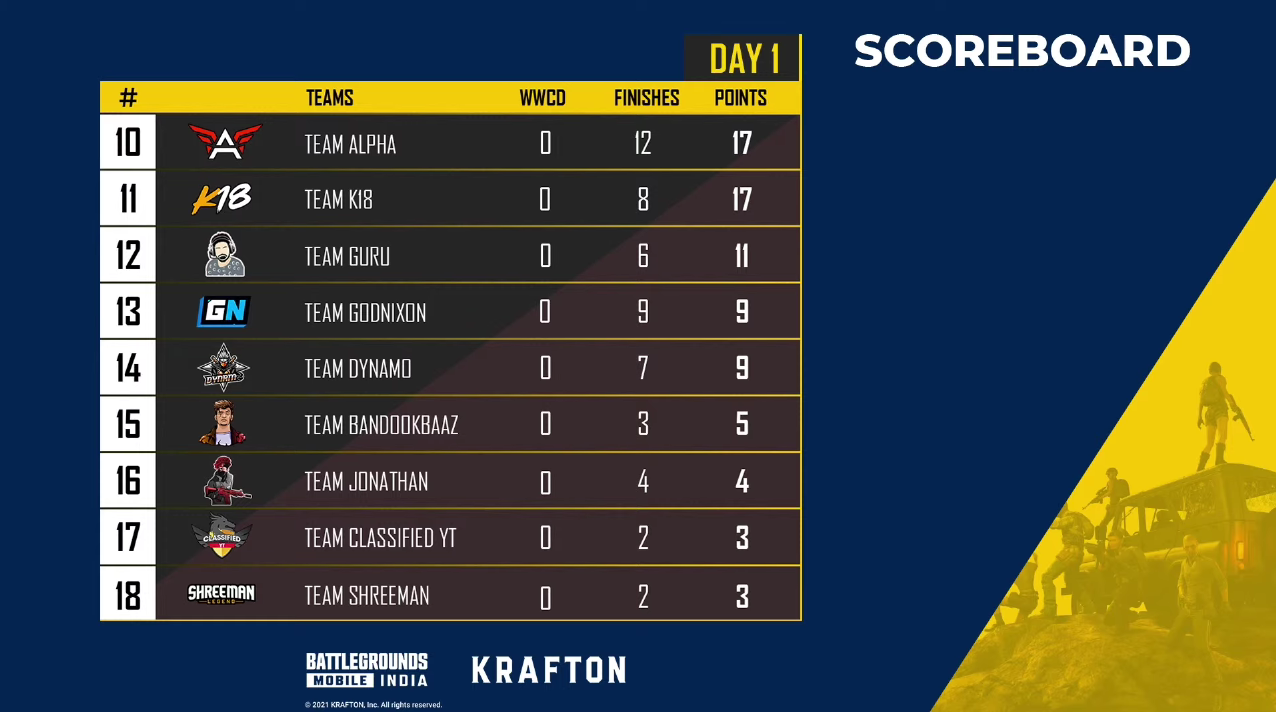 What are the Teams participating in the BGMI Launch Party?

The BGMI Launch Party tournament will be live-streamed on the game’s official Facebook and YouTube platforms. The live streaming will start at 2:00 PM IST.

When does the launch party BGMI start and end?

The Livestream started earlier today at 13:45 PM on the official YouTube and Facebook channels of Battlegrounds Mobile India. It will end tomorrow, that is July 9.

What languages is the launch party BGMI stream available in?